The Massachusetts Institute of Technology and Lamborghini are teaming up in a new collaborative project that aims to define the future of luxury performance automobiles.

With American car manufacturers such as Tesla leading the way in terms of driving innovation, Italian automaker Lamborghini is looking for ways to maintain its reputation as the leading producer of super cars.

The Chairman of Lamborghini traveled to Boston in October 2016 to meet with MIT leaders and discuss a technological partnership. Government representatives from the Italian Trade Agency were also present at the meeting; one of the goals of the meeting was to give a presentation on the extensive work that Lamborghini has performed in terms of carbon fiber development. 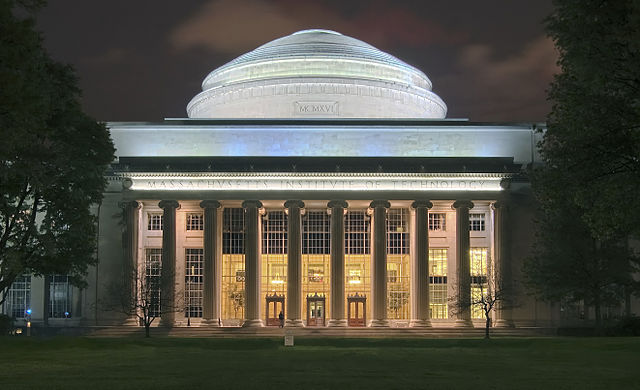 Lamborghini’s lightweight and durable carbon fiber material is not only used to produce its legendary sports car; this advanced material has also been adopted by the aerospace industry.

The manufacturing and molding process of the carbon fiber used by Lamborghini is very laborious and time consuming. At one point, Italian engineers believed they could create a supercar that could thoroughly withstand high speed auto crashes, but testing of the Countach Quattrovalvole did not turn out as planned.

For the Lamborghini Aventador, one of the fastest, street-legal cars ever produced, engineers used a technique called resin transfer molding, which delivers extra-strength carbon fiber through a process that does not take as long as the material used on the Countach.

The partnership agreement between the Italian automaker and the renowned Boston university would allow students and professors to travel to Europe and work with Lamborghini engineers in the development of carbon fiber and other automotive technologies.

Lamborghini also has a research laboratory in Seattle; this is another location where MIT students would conduct research. Now that MIT will be involved in carbon fiber development, the advanced material will not be limited to automotive and aerospace use; students will be encouraged to find other meaningful applications in the fields of medicine and construction.

Envisioning the Supercar of the Future

Although Lamborghini is part of German automaker Volkswagen, the company’s legacy is unmistakable Italian and is known to produce the most expensive cars in the world. One of the goals that Lamborghini wishes to accomplish with its MIT partnership is to be able to offer its cars at lower prices.

One of the costliest endeavors in the production of Lamborghini vehicles involves making the chassis and the exterior. In 2010, the Lamborghini Sesto Elemento, a supercar made with 80 percent carbon fiber, was released with a title loan estimate of at least $2.2 million. Only 20 of these vehicles were manufactured, and they had all been sold by 2011.

In the next three years, MIT and Lamborghini hope to streamline the carbon fiber making process so that they can make future cars less expensive. Aside from the chassis and exterior panels, Lamborghini is also interested in using carbon fiber wheels if there could be a way to detect structural damage.

Finally, parent owner Volkswagen has called on Lamborghini to conduct research on electric vehicles or at least hydrogen-powered engines for the purpose of complying with a mandate to eliminate production of internal combustion engines in a couple of decades.