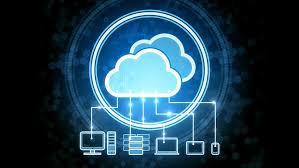 The internet has displayed exponential growth since it was invented. It was and still is seen as one of the biggest driver of the so called generation gap that we keep hearing about from our elders. It has revolutionized the way we get things done and has introduced us to entire new fields to explore. As a result, the rate of growth in most professions around the world has more than doubled since the inception of the internet.

The Threat of the Internet

However, the picture has not been all rosy. The internet has brought its fair share of harm to the world. With the addiction that it causes, several health concerns have cropped up with our increasing use of screens. Moreover, growing narcissism and an ever increasing sense of entitlement introduced by the social media has not gone unnoticed.

However, there are more concerns that have immediate repercussions. These include theft of intellectual property or personal information. The internet has its fair share of malicious parties that seek to misuse your personal information and bring you harm. This and the paranoia it produces is one of the biggest obstacles that the world of internet is still grappling with.

Cloud storage is one of the biggest fields whose survival depends on the ability of the internet to fight this paranoia. Although cloud storage is much more popular today than it once was and has done well enough to fight the paranoia with people willing to learn cloud computing, it is not at its full potential.

Here are some of the reasons that Cloud Storage is essential for your business:

The cloud allows accessibility from anywhere in the world. So, even if you are backpacking across Europe and your computer system is at home in Asia, you can get through to your data even through your cellphone.

Instead of buying physical storage servers to store your data inside your office, it is much cheaper to buy cloud storage with all its specifications including added security to kill the paranoia that revolves around the internet. Furthermore, you save the huge amounts of money that you would have spent on making sure that your physical servers were in a safe location and constantly monitored by a dedicated IT team hired only to make sure that look after your servers and undertake maintenance.

Imagine what it would be like if you bought physical servers and rented a separate space to keep these servers secure and invested in making this space appropriate for your servers, but then your business grew and you needed more servers. At this time, you would need to make completely new arrangements to keep the new servers and make them usable.

On the other hand, imagine how easy it is to scale on a cloud. Not only can you easily upgrade to bigger storage capacities and better options, but also downgrade to smaller storage sizes according to what your business needs.