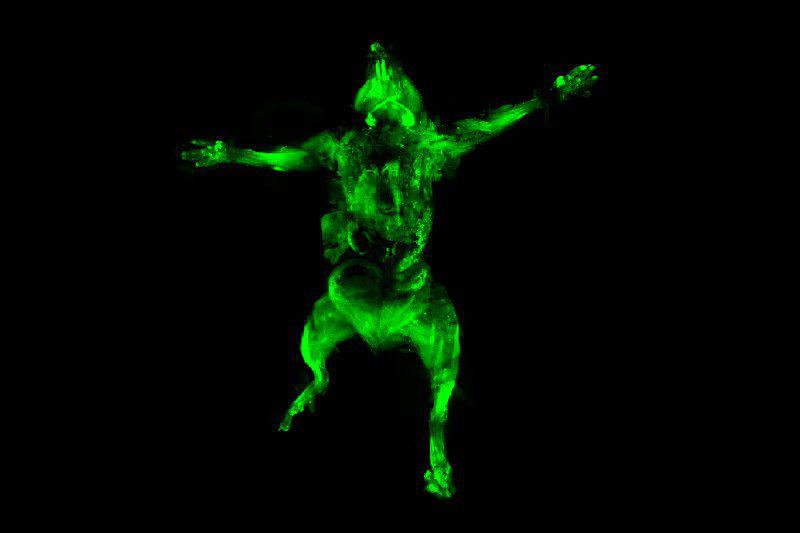 We all live in an age of discovery and thanks to technology, we have hit the warp speed to take us above and beyond of what seems normal. Of course those who have been working hard on cures for today’s diseases have to think outside the dimensions of reality.

Technology has provided scientists with the latest advancements that have made simple tasks easy. Take, for instance, mouse tags once they took time and this was a time-sensitive process, now it’s just a manner of a simple tagging procedure, and the animal is cataloged like any file you might have on your personal computer.

When scientists work in their laboratories to find a cure for diseases it’s common to work on rodents. However, what you need to really understand how a disease work is to have transparency to see the disease work at a cellular level under a microscope. But what if instead of putting the results under a slide on a microscope you could use the microscope to look right through the animal itself. Well of course, the animal would have to have transparent skin. Sound too science fiction? Not anymore as scientists have hit a breakthrough and now lab mice are see-through!

Today, we will look closer at this phenomenon in its entirety. Let’s get started!

How Did They Make the Mice See-Through?

Through a process known as Ultimate DISCO or uDISCO it creates fluorescent proteins that scientists use to light up tissues within transgenic animals. The process of uDISCO creates a mapped out atlas of an animal that’s tracked on a cellular level.

The process of fluorescent proteins isn’t new at as something similar was seen as ultramicroscopy in fruit flies towards 2010. So the glowing part of the rodents isn’t new as we can look at another example when it comes to electricity. If you want to know which wires go to which switches in the walls, then you would have to be able to see through the wall. If we could see the wall was made out of glass, then this becomes easy to see how things are hard wired and if something is disconnected, then we can see that as well.

It starts with an animal that can produce fluorescent jellyfish proteins with the main concern being used for nerves. When treated with specific illuminating factors, these proteins strands glow to light up specific body systems.

How Will See Through Mice Help Scientists Medically

Erturk, a neurologist working on uDisco says it’s being developed to forecast how brain diseases work like schizophrenia, epilepsy, and dementia. It will open up a new frontier of how neuroscience is transformed and how scientists will transform the medical industry in their studies. By able to track these neurological patterns will open up new opportunities.

Looking at this, though we have to realize that mice are not humans and this will not be applicable to humans for clinical medicine. However, it’s not to say that say that these fundamental building blocks can’t be used in the future as they will offer detailed analysis. Furthermore, these procedures could be tested on post mortem organs and be used as a method to remove tumors that were thought to be once incurable.

It’s interesting to see that lab mice are now transparent and can be studied more intensely for medical research. The ultimate goal is to map a disease in the human brain and see what connects with the minds neuron to neuron connections and to fix what seems not to connect.

You might also enjoy: 4 Tips for safe Internet usage